On the occasion of the 133rd birthday anniversary of Swiss-German theologian Karl Barth (1886–1968) on May 10, which falls during the liturgical season of Easter this year, it seems appropriate to share some of Barth’s thoughts on the resurrection—an Easter message of victory that we need to hear over and over again!

A (Still) Timely Word for a War-Weary People

In the summer of 1946, shortly after the end of World War Two, Barth delivered a series of lectures on the Apostles’ Creed in the “semi-ruins” of a castle in Bonn. He writes,

The audience consisted partly of theologians, but the larger part was students from other faculties. Most people in the Germany of to-day have in their own way and in their own place endured and survived much, almost beyond all measure. I noted the same in my Bonn lads. With their grave faces, which had still to learn how to smile again, they no less impressed me than I them.[1]

While Barth spoke to this particular postwar audience over seventy years ago, there is certainly nothing outdated in his edifying exegesis of the Apostles’ Creed. We today face our own quite real battles, and some of us right now desperately need a reason “to learn how to smile again.”

As the apostle Paul proclaimed—to those amid the postwar rubble of Bonn, Germany, and to us in our troubled era:

What, then, shall we say in response to these things? If God is for us, who can be against us? . . . No, in all these things we are more than conquerors through him who loved us. For I am convinced that neither death nor life, neither angels nor demons, neither the present nor the future, nor any powers, neither height nor depth, nor anything else in all creation, will be able to separate us from the love of God that is in Christ Jesus our Lord.

And as Barth says, “The Resurrection of Jesus Christ reveals, it completes this proclamation of victory.”

The Resurrection of Jesus Christ: “An Event in Time and Space” 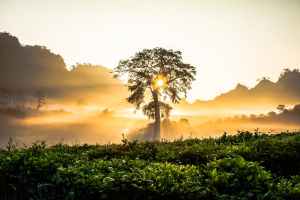 In chapter 3 of his book on Barth, “Karl Barth’s Christocentric Theology,” author David Mueller writes about Barth’s debate with fellow theologian Rudolf Bultmann, in this case concerning the literal resurrection of Jesus from the dead—and the importance for Barth (and for fallen humanity!) of this as “an event in time and space.”

This brings us to the manner in which Barth interprets the resurrection of Jesus Christ as “The Verdict of the Father” through which God’s saving purpose in the cross is vindicated. Here the “intensive, although for the most part quiet, debate with Rudolf Bultmann” of which Barth speaks in the preface [of the Church Dogmatics] is quite apparent.[2] Whereas Bultmann speaks only of the rise of the Easter faith in the disciples and refuses to speak of the resurrection as an event, separate from the cross, occurring in space and time, Barth insists that the “New Testament is speaking of an event in time and space.”[3] The sovereign “yes” which God utters in raising Jesus Christ from the dead means further that the final word is not that “in his person, with Him, judgment, death and end have come to us ourselves once and for all.”[4] The resurrection means positively that we are given room to live and trust in him who is the risen Lord. Barth puts the significance of the resurrection of Jesus from the dead as follows:

To sum up, the resurrection of Jesus Christ is the great verdict of God, the fulfillment and proclamation of God’s decision concerning the event of the cross. It is its acceptance as the act of the Son of God appointed our representative, an act which fulfilled the divine wrath but did so in the service of the divine grace. It is its acceptance as the act of His obedience which judges the world, but judges it with the aim of saving it. It is its acceptance as the act of His Son whom He has always loved (and us in Him), whom of His sheer goodness He has not rejected but drawn to Himself (and us in Him) (Jer. 31:3). In this the resurrection is the justification of God Himself, of God the Father, Creator of heaven and earth, who has willed and planned and ordered this event. It is the justification of Jesus Christ, His Son, who willed to suffer this event, and suffered it to the very last. And in His person it is the justification of all sinful men, whose death was decided in this event, for whose life there is therefore no more place. In the resurrection of Jesus Christ His life and with it their life has in fact become an event beyond death: “Because I live, ye shall live also” (John 14:19).[5]

“Jesus Is the Victor” 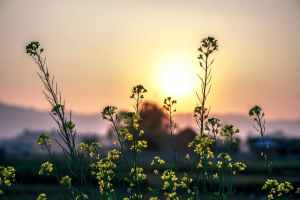 For our Easter edification, here are further inspiring words from Barth on this literal resurrection of Jesus—“the conqueror . . . the victorious bearer . . . the destroyer of the burden of man’s sin.”

On this third day there begins a new story of man, so that we may even divide the life of Jesus into two great periods, the thirty-three years to His death, and the quite short and decisive period of the forty days between His death and the Ascension. The third day a new life of Jesus begins; but at the same time on the third day there begins a new Aeon, a new shape of the world, after the old world has been completely done away and settled in the death of Jesus Christ. Easter is the breaking in of a new time and world in the existence of the man Jesus, who now begins a new life as the conqueror, as the victorious bearer, as the destroyer of the burden of man’s sin, which had been laid upon Him. In this altered existence of His the first community saw not only a supernatural continuation of His previous life, but an entirely new life, that of the exalted Jesus Christ, and simultaneously the beginning of a new world. . . .

In the resurrection of Jesus Christ the claim is made, according to the New Testament, that God’s victory in man’s favour in the person of His Son has already been won. Easter is indeed the great pledge of our hope, but simultaneously this future is already present in the Easter message. It is the proclamation of a victory already won. The war is at an end—even though here and there troops are still shooting, because they have not heard anything yet about the capitulation. The game is won, even though the player can still play a few further moves. Actually he is already mated. The clock has run down, even though the pendulum still swings a few times this way and that.

It is in this interim space that we are living: the old is past, behold it has all become new. The Easter message tells us that our enemies, sin, the curse and death, are beaten. Ultimately they can no longer start mischief. They still behave as though the game were not decided, the battle not fought; we must reckon with them, but fundamentally we must cease to fear them any more. If you have heard the Easter message, you can no longer run around with a tragic face and lead the humourless existence of a man who has no hope. One thing still holds, and only this one thing is really serious, that Jesus is the Victor.

. . . The Resurrection of Jesus Christ reveals, it completes this proclamation of victory. We must not transmute the Resurrection into a spiritual event. We must listen to it and let it tell us the story how there was an empty grave, that new life beyond death did become visible. ‘This [man snatched from death] is My beloved Son, in whom I am well pleased.’ What was announced at the Baptism in Jordan now becomes an event and manifest. To those who know this, the break between the old world and the new is proclaimed. They have still a tiny stretch to run, till it becomes visible that God in Jesus Christ has accomplished all for them.[6]

May the joy of the resurrection be our reality today and always. No matter what battles or hardships we face, we know that Jesus has triumphed over sin and over death. Therefore, we “can no longer run around with a tragic face” as one “who has no hope.” For we believe that Jesus is indeed the Victor—and through him, we are more than conquerors! 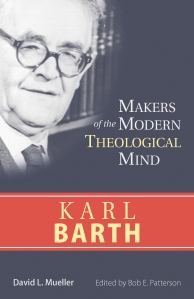 For a highly accessible overview of Barth’s life and work, pick up a copy today of Karl Barth by David L. Mueller in Hendrickson’s Makers of the Modern Theological Mind series.