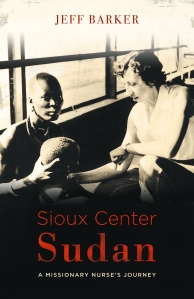 So often we miss the best biographies because the subjects are not famous. Our culture loves “the name” but we often miss the substance. However, in Sioux Center Sudan by Jeff Barker, Arlene Schuiteman is the name and the substance. The author originally had in mind to write about the life of Betty Green, the first female pilot to join the Missionary Aviation Fellowship. He went to talk with Arlene about Betty because she had known Betty on the mission field. After the conversation, Jeff was so taken with Arlene and her story that he switched gears and wrote a play about Arlene’s life as a missionary nurse in Africa instead. Thus began a long-term friendship that resulted in this book. 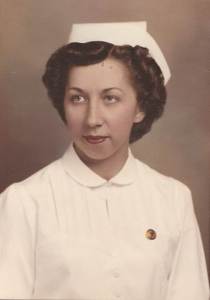 Sioux Center Sudan is about Arlene’s calling to medical missions among the primitive Nuer tribe in the South Sudan during the mid-1950s. She wrestles with having to leave her tight knit farm family to follow God, struggles to learn a language that wasn’t even written down, tries to withstand the overwhelming medical and spiritual needs surrounding her, and deals with fatigue and disillusionment pressing in on all sides. As Jeff Barker writes,

Arlene lived against what F. B. Meyers called “the perpetual chafe of human sorrow.” Arlene was contemplating dark mysteries of the human condition, while at the same time rejoicing in her belief that God was good all the time. Miraculously, she was able to embrace both human sorrow and a good God. She had practiced living with dissonance every day at the clinic as she faced birth and death, healing and decay, comfort and pain. Arlene believed that the depth of her contemplation was leading somewhere. Despite her terrible weariness and temptation to despair, she still had hope. 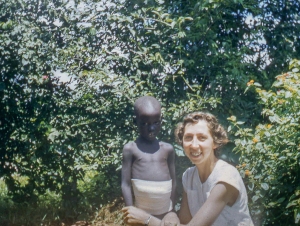 Sioux Center Sudan deftly navigates the cultural, contextualization issues that surrounded missions long before there were buzz words to capture them. One situation I found particularly moving was when Arlene delivered the baby of a Muslim woman who had undergone female genital mutilation (FGM) as a young girl. The author takes us through in harrowing detail the circumcision ceremony itself, which is jarring but necessary to help the reader glimpse the reality of that “perpetual chafe of human sorrow” mentioned above. The Muslim culture valued the practice as it guaranteed the virginity of a woman on her wedding day and the sexual pleasure of her husband. The British government, however, had outlawed it. Arlene stood at the intersection of the power of cultural mores, government edicts, and her own sense of compassion for this precious new mother. 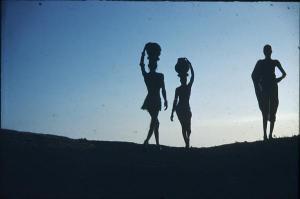 As the book progresses, Arlene must deal with Sudan’s descent into civil war which eventually leads to her and her co-missionaries’ expulsion from Sudan by the Muslim government, making a seeming mockery of their work and sacrifice among the Nuer people. After eight years of total dedication, her hard work all seemed worthless. Arlene would never set foot again in the Sudan. But all of her pain forged a theology of suffering which Arlene expressed in the following paragraphs scribbled into her diary:

God, who could have saved us without crosses, has not wished to do so. The operation of grace, which detaches us from ourselves and which uproots our self-love, cannot, without a miracle of grace, avoid being painful.

God prepares a series of happenings which detaches us little by little from creatures, and at last tears us away from ourselves. Painful operation… painful but done in love with skill! He makes us weep. 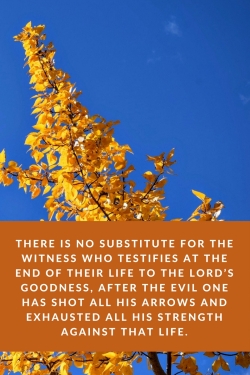 Then, during the book’s triumphant pinnacle moment after many years and many miles, God engineers a reunion in Sioux Center, Iowa, between Arlene and the descendants of those same Nuer people she loved and thought she had lost.

Fewer and fewer of us have grandparents who are healthy enough or open enough to tell us their stories. Even fewer of us value the wisdom and witness of aging saints. It’s hard for busy people to slow down enough to listen to their thoughts and opinions. If it’s not trending, we don’t have time for it. If a story hasn’t been deemed “screen worthy,” we don’t give it a chance. I challenge you to give this story a chance. There is no substitute for the witness who testifies at the end of their life to the Lord’s goodness, after the evil one has shot all his arrows and exhausted all his strength against that life. So put down your cell phone, drop the 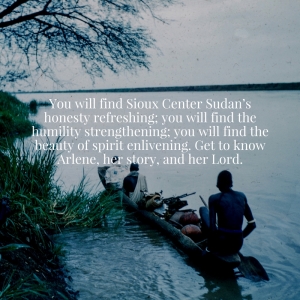 remote, and let Arlene mentor you in being a disciple of Jesus Christ. You will find Sioux Center Sudan’s honesty refreshing; you will find the humility strengthening; you will find the beauty of spirit enlivening. Get to know Arlene, her story, and her Lord. You’ll see why the author was compelled to leave his original trajectory and do the same.

“Now that I am old and gray, do not abandon me, O God. Let me proclaim your power to this new generation, your mighty miracles to all who come after me” (Psalm 71:18, NLT).

Carrie Martin lives in the seaside town of Gloucester, Massachusetts, and serves as a Customer Service Manager at Hendrickson Publishers. She is an active member of her church, loves playing music and singing hymns, and will definitely beat you in a one-on-one game of basketball. Carrie is also good friends with Arlene Scheiteman and Jeff Barker, the author of Sioux Center Sudan, and is a major reason why Hendrickson Publishers decided to publish this important work.

For more information about Sioux Center Sudan, visit our website.