As we kick off the yearlong commemoration of the five hundredth anniversary of the Protestant Reformation, it’s good to pause and revisit those church- and world-shaking events that continued long after Luther nailed his Ninety-Five Theses to that famous door (so the story goes) on October 31, 1517. What caused Luther, Calvin, and many others to set in motion the Reformation—and what are the consequences, both then and now? Does the Reformation even matter anymore?

These are important questions we need to grapple with in our current reality—questions raised and answers attempted in the latest book from Hendrickson Publishers, The Reformation Then and Now: 25 Years of Modern Reformation Articles Celebrating 500 Years of the Reformation.

This book is a compendium of twenty-five years of articles published by Modern Reformation, a magazine that Michael Horton (currently the J. Gresham Machen Professor of Systematic Theology and Apologetics at Westminster Seminary California in Escondido) and others began in 1992 as a newsletter designed to introduce the Reformation to disaffected American evangelicals.

Having served as the managing editor of the magazine for almost ten years now, I can honestly say that there are many important concerns the church still needs to consider. One of the key slogans of the Reformation, semper reformanda (always reforming), holds just as true today as it did five hundred years ago. We may not have to battle against such glaring abuses like those of the Roman Catholic Church in the 1500s, but we certainly have our own real problems today (starting with an alarming disconnect in many of our churches between ethnic groups). The church should always be examining itself, ensuring it has not drifted away from the truth as God revealed it through Jesus Christ.

One of my favorite Modern Reformation issues over the past ten years (and perhaps in the entire history of the magazine) was the special issue published in 2009 to commemorate the five hundredth birthday of John Calvin (all of the articles in that special issue have been reprinted in this new book collection). In her article “Calvin and the Continuing Protestant Story,” Serene Jones (Union Theological Seminary in the City of New York president and the Johnston Family Professor for Religion and Democracy) explains how the Reformation remains relevant:

One doesn’t have to look very far or very hard to realize that we are living in uncertain times—not just uncertain, downright cataclysmic. As the world waits anxiously for news of the market’s every fluctuation, new poverty for some means an exponential increase in suffering for those who have always been on the underside of global prosperity. As patterns of immigration and migration shift and people find themselves living, by choice and necessity, in closer proximity than ever, a new generation of North America begins to navigate waters swelling with the waves of greater human diversity. The web of these events, and the sense of crisis it engenders, covers all aspects of our common life, including the stories we tell about who we are. For North American Protestants formed in the Calvinist heritage, our theological story about humanity and the meaning of life hold special treasures for us as we grapple with these pressures and possibilities….

Despite historical distance, Calvin might recognize the world we live in today, because he too lived in a time of cataclysmic changes. Calvin’s Geneva was comprised of an immigrant population significantly larger than the size of its citizenship. And Calvin himself was one—an immigrant who, like the others, wasn’t able to vote on civic issues because he was not a native citizen, until near the end of his life. Refugees and immigrants, displaced businesspeople and peasants, royalty and clergy, all of them came to Calvin’s Geneva in search of new life and new possibility. Like us, what they discovered was that new life had to be newly “made-up” in a great experiment: there was no template, no easy answer. And out of this experiment came the foundations for democracy, the rule of law, and more variations of Christianity and politics than can be easily counted in any history class.

As the volatile issue of immigration still surges around us, we can take some comfort in how it played out so successfully in Geneva five centuries ago. This also reminds us that the debate over immigration is a concern for the church as much as the government—especially in a country as richly diverse as the United States. 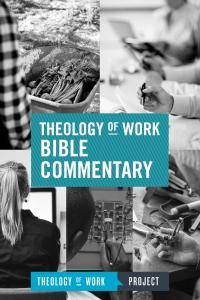 As Dr. Jones said above, much of what happened in Geneva laid the foundation—politically, economically, and socially—for the United States and other Western democracies. Luther was also pivotal in building up the common people with the idea that any legitimate work is done to the glory of God—whether the worker was a street sweeper or a shop clerk (for more on that, see the Theology of Work Bible  Commentary and accompanying Bible studies published by Hendrickson). One doesn’t have to be a clergy member to serve God. We all do.

Ten Ways Modern Culture Is Different Because of the Reformation

Another favorite section of mine in that special Calvin issue was David Hall’s “Ten Ways Modern Culture Is Different Because of John Calvin.” In that article, the then director of Calvin 500 describes the background and impact of ten important turning points for the church and civil society in Calvin’s Geneva:

In the epilogue of his article, Hall writes: “The Calvinist view of liberty, wherever it spread, gave citizens confidence and protections. Within a century, the American colonies would exhibit these Calvinistic distinctives….Calvin should certainly be acknowledged for his overall contribution to the legacy of freedom and openness in democratic societies.”

We Americans…have become so used to democracy that it seems to us the natural order of things. Of course it is not. During almost all of recorded human history, the overwhelming majority of mankind has been governed by rulers determined by heredity, or selected by a powerful aristocracy, or imposed through sheer force of arms. Kings and emperors have been always with us; presidents (or their equivalent) have been very rare.

(“The Millennium That Was: How Democracy Swept the Word,” The Wall Street Journal, 7 September 1999)

The ten points listed above and all that they represent still remain vital to who we are as a church and as a civil society. Many people currently feel disheartened and disenfranchised due to the recent political polarization and subsequent feelings of fear and instability. Again, let’s return to Serene Jones’s article:

As a pastor and writer in these tumultuous times, Calvin’s theology offers me hope. He knew that in times of rapid change, people are likely to grasp for things that promise to anchor them. It is hard to live in such flux. But wisely, Calvin knew that our very human need for stability could lead us to make idols of objects that are not holy. A person, a religious or political system, a clear line drawn between “us” and “them,” or even a set of cherished beliefs—all can become idols we promote to the place of God. To counter this most pernicious—and most natural!—impulse, Calvin’s theology insists on only one steadfast principle: we must be reformed and always reforming. We move forward practically, forging pragmatic solutions to real social problems, anchoring ourselves in communities and laws and practices. And then we open our eyes again, under the ever-loving gaze of an all-present God, unclasp our clutching hands, and face the possibility that our good work—even our deepest religious beliefs—might have turned into idols in our eagerness to do the work of God.

And having humbled us by lifting up our capacity for idol-worship, Calvin would have eagerly reminded us that even in a world-undone, grace abounds and stabilizes us, through the simple wonder of unstoppable hope and the insistent presence of the Divine with you. To the Glory of God.

So, it is readily apparent (at least to this writer) that not only was the Reformation needed five centuries ago, but it is still very much needed today. Lest we forget the power and abuses seen in the church and monarchies of long ago, let us take a careful look at where we are today. Where have we gone astray in our world—in the church, in society, in our individual lives? Perhaps if we start with serious and prayerful self-examination, we will see where we have gone wrong (and it’s painfully obvious that we have!). If we look to Jesus as the model and perfect human, as God incarnate who lived among us and taught us how to live, then we can begin to truly love God and one another as we love ourselves.

Patricia Anders is editorial director at Hendrickson Publishers. She also serves as the managing editor of Modern Reformation magazine, teaches Aesthetic Aspects in Literature at Gordon College in Massachusetts, and is the author of A Winter’s Blooming (HNN Press, 2012).