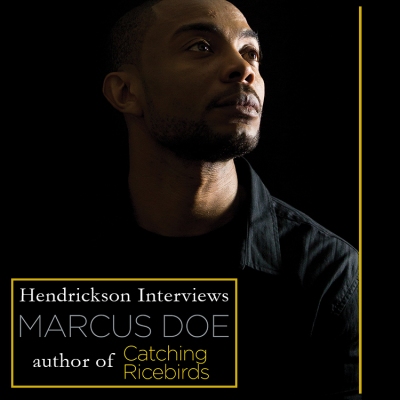 1. How did you know when it was the right time to tell this story?

I began writing the story shortly after I began telling the story. I rarely told the story to anyone for about fifteen years. I may have told two or three people, but the vast majority of my friends had no idea what I had been through. When I began writing the story, I began to wrestle quite vividly with the idea of forgiveness as expressed by Jesus in the sixth chapter of Matthew’s gospel. It was about 2008 when I recognized that I needed to unburden myself of the load of hate that I dragged through life. I knew I had to be set free. It was about midway through the first draft of the book that I took the trip to Liberia to search for the man who killed my father. I knew the story would not be complete if I didn’t make at attempt to see him face to face. I knew then it was time to tell the whole story.

2. Can you say more about the writing process? What difficulties did you have? Were there any major changes along the way? Any surprises?

I had never written anything substantial or meaningful before. In the beginning I doubted I had the discipline or the skill of a writer to undertake such a huge project. I took three years to finish the first draft. I was committed to writing at least one paragraph a day over that period. There were a few difficulties. The most obvious one was quickly apparent; I never learned how to type. The second was how to tell a story that had political, ethnic, and religious overtones while  weaving my personal story throughout. The third was the emotional pain of writing and re-living the saddest, most tragic moments of my life slowly and in detail. Once I visited Liberia there weren’t any major changes to the book. The biggest surprise was obviously being published. I am still pinching myself. I didn’t think what I had written would be worth publishing. I thought my friends might take the time to read it but nothing else. To get a contract from a publisher was a huge surprise!

3. What do you see happening in your future? The future of Liberia?

My wife and I are still evaluating what we can do to best give back to the country that we love dearly. We are looking at different ways we can contribute to the rebuilding of the country.

We see a very bright future for Liberia; I have huge hopes for the country. If we as a people can make a pledge to hold our leaders accountable for the development and future of the country and resist the urge to give up and become cynical, I think together we can climb up out of this period of reconstruction and thrive as a nation. Political stability, the eradication of corruption, and an emphasis on the quality of education are very important for the future of Liberia. In my opinion we need more leaders who are willing to sacrifice for the future of the country.

4. The subtitle of your book is “A Story of Letting Vengeance Go.” Apart from letting vengeance go, what are you hoping readers learn from your story?

There are a few things I hope readers can take from this book. For the reader living in the west, I hope this brings to light the reality of war, and the children that suffer through it. The lingering effects of war are lifelong. The physical losses can sometimes be recovered but the trauma takes time to heal. I also hope that after reading this book, readers can come to a different approach to those who have hurt us deeply and find a way to start walking the path of forgiveness.

One thought on “Interview with Marcus Doe”